Sooooo I’ve been in denial for a while that my toddler’s behavior is a problem. He is about to turn 2 years old. I have dismissed problem behaviors because of his age. I kept telling myself he would grow out of it with time.

But one day I listened to a seasoned mother-of-five, talk about the training and correction she did with her children. She started teaching her children to obey before they could even crawl!

She explained that when she taught her children to obey, she did it joyfully and not out of anger. It was also to help protect her children from danger. When she was giving examples of “how to know your toddler’s behavior is a problem”, I was thinking…yep, those examples of toddler behavior problems exactly describe my child.

And my son is so adorable. I want to give him everything he wants. But, I realized I had been doing him a disservice by allowing him to do whatever he wanted, whenever he wanted. I had justified his behavior by telling myself that he was too young to start consistent toddler discipline.

-A List of Problem Behaviors
–Making a Plan
-Implementing the Plan

-When I’m trying to talk to someone and I’m holding my son, he is wiggling and throwing his head back to try and get down from my lap or arms. I am basically wrestling him as I’m trying to have a conversation.

-Sometimes when my son gets really upset, he starts hitting his head on whatever is near. Like the floor, his highchair. etc.

-My toddler gets mad and hits. I’ve seen him do this to other little kids and he’s done it to adults as well. I’ve told him “no-hit” but at this point he knows Mama doesn’t actually mean “no” because I hadn’t followed through with any sort of discipline. (More on that in a little bit)

-If my toddler doesn’t want the food I serve him, he pushes it away, says “no”, or tries to throw it off his tray to show he doesn’t want it.

-My toddler doesn’t respond when I tell him to come to me, and instead, he thinks it’s fun to run from me.

-When my toddler wants a snack, he starts opening up the cabinets and tries to climb up the shelves to get what he wants. (Note: He is very well fed and he’s not doing this because he’s starving)

-My son doesn’t respond when I tell him to “stop”. I have to physically get up and remove him or the object that I want him to leave alone. (This is SO important for young children to learn in case of danger.)

-When I want my son to hold my hand when we are walking, he sits down, throws himself on the floor, or keeps yanking his hand away.

-When we go to other people’s houses that are not child-proofed, I have to follow my toddler around the whole time to keep him from grabbing things that can break. “No touch” has no meaning to him.

Safety and Discipline Go Together.

Toddler discipline is for your child’s own safety. It is not so you can have a toddler that is like a perfectly trained dog, it is because you love your child and you want him/her to listen when you give a direction because their safety could be on the line.

Example of Why Your Toddler Learning “No” is Non-negotiable.

One day my husband was frying bacon on the stove. My husband stepped to the side of the stove for a second. My toddler, who is not even 2 years old, quickly grabbed the handle of the pan and was slowly tipping it towards himself. My son was moments away from pulling the frying bacon/grease all down on his beautiful little face!

I looked over to see what was happening and started screaming “NO, NO, NO” and I sprinted as fast as I could to the stove. Thankfully I got the pan moments before he was able to pull it down.

But do you know what my toddler did when I was saying “No“?

I came to the realization that I had never taught my son what he could and could NOT touch. He didn’t know he wasn’t allowed to reach for the stove. I also never taught him what “No” means. It did not phase him because he didn’t know what it meant when I was screaming for him to let go of the pan.

Up until this point, if I didn’t want him messing with something, I either removed the object from his reach or put him in a playard to keep him safe. I hadn’t been intentionally teaching my toddler to leave something alone because I said so and for his safety.

Can you relate to any or all of this? Do you think your Toddler’s Behavior is a Problem too? Well, What’s Next?

First, my husband and I have to be on the same page with discipline. After my son went to sleep, we made the list above of the behaviors we needed to deal with. I encourage you and your spouse to make a list too. You could use my list as a starting point.

Next, we decided which behaviors we wanted to start with first. We couldn’t correct EVERYTHING on day 1 so we started small. I took my list and circled the top 3 toddler behavior problems that I wanted to be the priority.

My husband and I discussed how we would correct these 3 behaviors. Our discussion included answering questions like, Would we give a warning? How would we teach him what he couldn’t do? How long until we would start adding consequences? What would the consequences be?

The most important part was our mindset and consistency. We had to discipline out of love. We were not making changes because we were angry, it is for our son’s good and safety. Our conversation about disciplining our toddler was both of us coming together for a common goal. We weren’t placing blame, we were agreeing on a plan.

We also had to stay consistent! Our toddler would not understand if he could do the same behaviors and only get consequences half the time depending on which parent he was with. Making this toddler behavior plan together was important for us to both be on board with how we would be addressing these behaviors as they happened.

Overall, I want to keep my son safe. He needs to know how to listen to Mom and Dad when something is dangerous!

1. When your toddler is not around, sit down with your spouse and make a list of toddler behavior problems you’d like to see changed. Don’t do this when you are frustrated or angry.

If you are emotionally spent because your toddler embarrassed you earlier that day when you went somewhere and threw a tantrum, wait. Turn the TV on, read a book, relax. Then come back to this discussion when you aren’t frustrated.

2. Look at your list and circle the 3 priority problem behaviors. The other behavior problems are going to have to wait for now, just 3 at the most.

The 3 behaviors my husband and I chose first for our toddler were: throwing food during mealtime, teaching boundaries (for example staying in a certain part of our yard and away from the road), and leaving objects alone when told.

My husband and I agreed on what we felt most comfortable with for disciplining our child. That looks different for everyone! Your child may respond well to something that mine doesn’t!

However, I documented how we changed our toddler’s 3 problem behaviors in this post to give you an example of how we went about correcting and replacing these toddler problem behaviors. The link to the example of our behavior plan can be found here.

My background is in special education where I spent a lot of time working with children with behavior disorders and implementing replacement behaviors. You’re probably thinking “well why did you let your toddler’s behaviors get to this point then?”. Well, I thought he was too young to understand what I was asking of him. Well, he wasn’t too young.

Step-by-step on how we corrected these toddler behavior problems: throwing food at mealtime, teaching boundaries (like staying in a certain part of the yard), and not touching certain objects when told, can be found here.

And if you are looking for practical tips on how to raise your toddler to be a kind human and one day have a strong work ethic, check out this post here.

While correcting and training our toddler, I want to be shepherding his heart well because all behavior is an overflow of our hearts. I highly recommend the book Shepherding a Child’s Heart by Tedd Tripp. It is a biblical perspective on raising children. And if you have gotten to this point and are thinking “ugh she just wants me to buy a book and didn’t tell me what to do”. No, this post was too long and the next steps are at the link here. 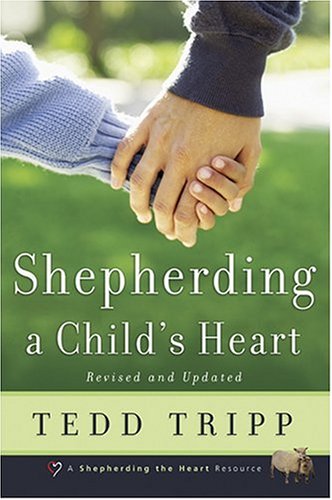 Get free shipping on the book above using Amazon Prime! If you don’t have an Amazon Prime account, sign up for a 30-day free trial here and get unlimited free 2-day shipping with no minimum order size.

Also, check out some of my other blog posts: 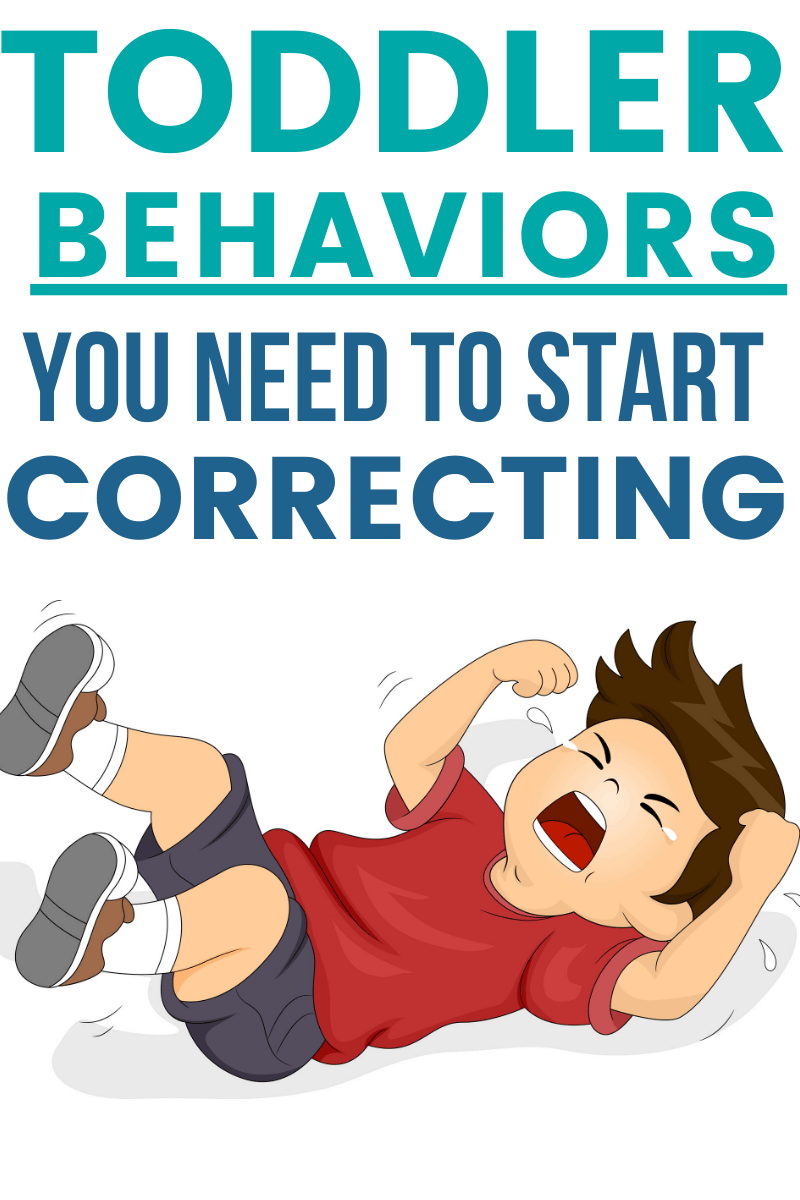 15 thoughts on “When Your Toddler’s Behavior is a Problem” 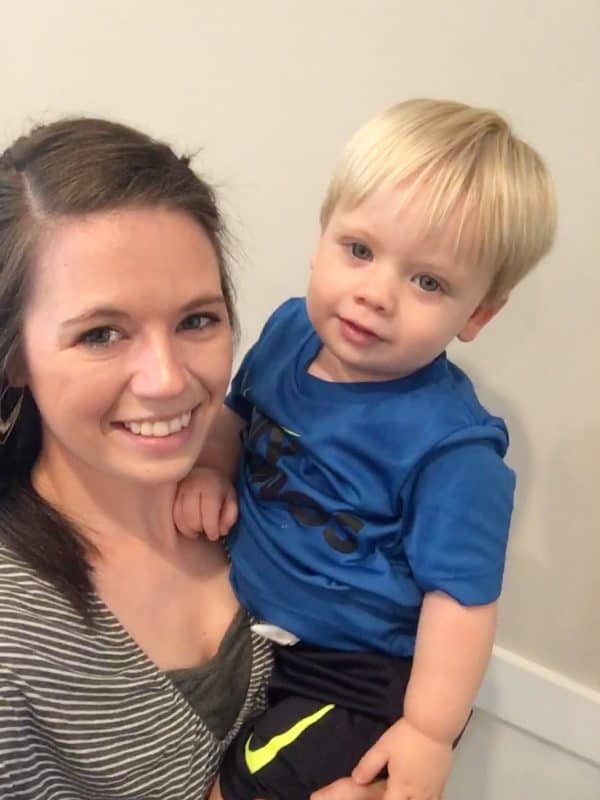